So there’s this nature preserve not far from where I live. It was established as a land trust by a gentleman for his daughter who loved nature and the out of doors. There are roughly 2 miles of trails, friendly dogs are allowed to walk off-leash. My 2 rescue dogs Lily and Lulu love it there. In winter we go sometimes twice a day but these summer dog days with temperatures pushing 110 we only go in the morning, very early. We always meet very interesting persons and their dogs when we walk, this week a bicycler who recently moved to the area from Chesapeake, Virginia. We spoke of native southerners vs. northern transplants and shared amusing stories of how difficult it is to change the south to conform to northern ways. Then we wished each other a good day and moved on.

The title of this translates “to be rather than to seem”. It is North Carolina’s state motto, my home. For years growing up in the south with a New Yorker Mother and Colorado cowboy Father my identity was an interesting challenge. I knew who I was, what I liked, but trying to please everyone else? That’s a problem.

Why is it so hard to break conformity? Maybe some people have no problem with it. Maybe they have a very clear focus on what is expected of them and who they are. Maybe because of their virtue and goodness they don’t need to worry about rules. Or maybe they are those strong personalities who simply draw people into their circles and find safety in numbers, even forming new and improved rules, testing the waters until a consensus is formed.

But the consensus needs to be for the greater good. The consensus needs to be something everyone else can aspire to. Like people from other places. They may seem harsh, outspoken, rude, brash, arrogant, whatever. But it’s not fair to determine necessarily a person is what they seem to be. They might just be having a horrifically bad day. Or they make a lousy first impression. Granted, with many people wysiwyg applies (what you see… etc.)

My dad could call a person usually the first time he met them. And for the most part his take could have knocked me down with a feather. Where he saw humility and grace I saw impatience and pushy. But something in that person would give him or herself away to Dad. And he was almost never wrong. The only times he ever did get someone wrong was when he let someone else’s opinion influence him. Usually my mother. She was not often wrong but when she was her error was generally based not on her heart or her gut but a current issue or situation. She seldom allowed this to play with her instincts but once or twice she let it happen and she was truly way off. But she would always admit her error, she never kept up any pretense of righteousness.

So whenever I share an impression or thought with someone I always make it a gentle one. It’s hard not to love others when you know your own fallibility. 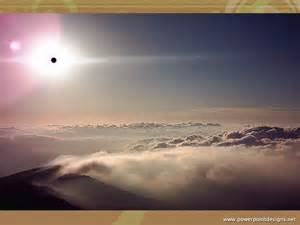