Sometimes things end too soon– relationships, someone dies before their “time”, games get rained out, an early frost nips a bumper crop of cherry tomatoes, a bird too focused on a tasty dragonfly meets a windshield instead. My Dad advised to leave a party at its height, at the point where I was just beginning to have the most fun. This was logic I could never understand until I once stayed at a party beyond its peak and saw the detritus– people too full of themselves or strong drink saying things they’d regret, others beginning to see more dark than light and speaking of things they might wish they’d kept in their hearts.

I do not wish this for me.

I know this is somewhat prosaic to write about on the eve of the new year (except China, Australia and other places ahead in time) but it gives me pause to think. This is a 24-hour period like any other. For years I watched my parents attend and give parties on this night. Then I, too got caught up in the hype and was allowed to watch the live broadcast of the moment in Times Square when what was new became old and the new was here and unknown. It took a few weeks before I could remember to write the current year on papers, checks, notes.

Somehow as I realize this is another number that marks where we are in our measurement of time it becomes easier. I remember when I was younger feeling sad at the what might-have-beens and now I have no regrets from the year past because I suppose I am living it less fearfully, more consciously. There is certainly nothing I can change about what was done or said, or can I? Things matter, people matter, at least that is what I pray I will better understand as I get older. I give my decisions careful consideration. I seek discernment, direction, am not so impulsive. Not less spontaneous, just less irrational.

I have often admired those people who juggle many things on their calendars. They appear so efficient, accomplished, only to learn their lives are in chaos more than mine because they said yes more times than I did.

I do wish though that people would not feel so compelled to mark such events as New Year’s with fireworks. So do rescue dogs Lily and Lulu.

What begins though is something new each moment. We do not have to wait so many hours, days, weeks, months for this newness. It is here, now. Ok, now… well I’d waste a lot of new moments if I kept marking them. We do mark time though and with each new dawn we see a fresh start.

And sometimes pause. That’s what I do whether out of fear or uncertainty or hopelessness or dependence on something or someone else. Control may not entirely be in my own power but so many things are. How I think, how I respond or react. How much I am sensitive to others or events. Where I go, what choice I make, or don’t make.

We all have these moments, crossroads, times of crisis or decision. Sometimes I handle them well sometimes, I procrastinate, sometimes I jump too quickly, sometimes just enough. It’s just that it does not take the calendar end of one year to help me see this.

The diving in matters most when you cannot see the rock or the shark beneath. Unless you are very hard-headed or can swim really fast. 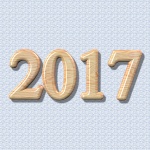 2 thoughts on “Endings and beginnings”