Driving over a thousand miles I had no preconceptions of what I’d see on the roads. I know some states have restrictions but not where I was driving. People are flying again and airlines are increasing passenger numbers.

Highways were crowded. Mostly semis but a lot of passenger cars, from all over. It was encouraging. People aren’t still cowering at home.

Gas stations at every stop required a mask. The only stop where I did not see them worn, though there were signs for them was Alabama. The rest rooms were closed because of covid but no mask.

When I stopped on the way the first night the desk clerk was vocal about disliking the mask. I couldn’t argue and we had a good laugh about masks being hot, and not in a good way.

When I got where I was going in Texas hill country the inn proprietor had no mask. Noticing mine (hard to miss) she said the whole county had no active covid cases and had only 3 people die of it, one who was 106 years old. Reassuring.

So on my visit there were actual handshakes, hugs and normal distancing. What a difference from where I live. I reflected how sad it is, the level of fear. I realized these severe precautions are not so much concern for others as it is out of fear. And we don’t even see it. 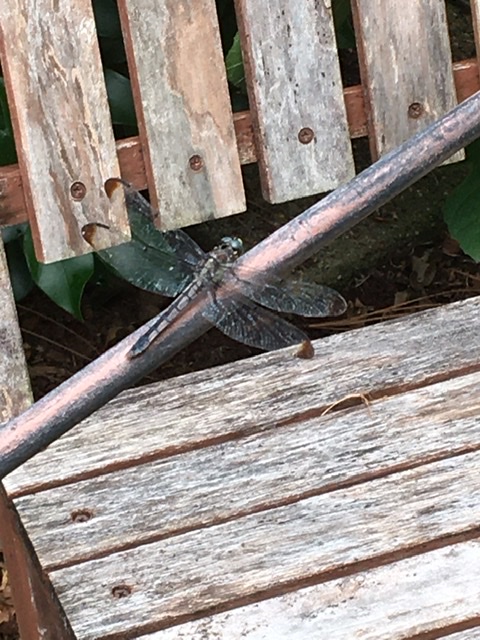 I hope my carelessness caused no harm, to anyone. But the warmth and normalcy were heartening. I had no idea how absence of human touch, or even the ability to choose it or not, had adversely affected me. 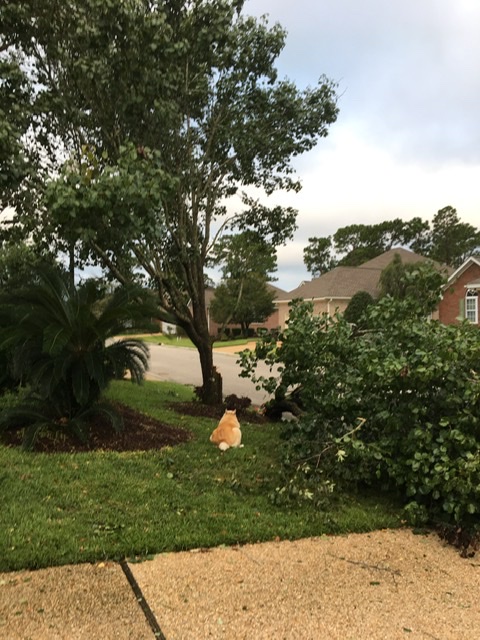 Returning home to tropical storm Isaiah damage shocked me back to reality. The morning after the storm husky-mix rescue dog Lily decided to guard the little Bradford pear tree the storm knocked down, I suppose to make sure nothing else fell off. I had the tree cut down and cleared away before I left but debris piles are still around. Takes a while to clear it away.